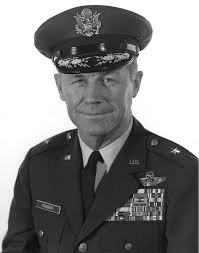 meaning faster than the speed of sound – over Southern California, to become the first man, and plane, to achieve supersonic flight in history (1)

The rocket-powered aircraft was launched in the air, already 7,000 meters high, out the bomb bay of a Boeing B-29. It would then use the rockets to climb to its test altitude – where it would fly, and continue to fly, a total of seventy eight times. On march 26, 1948, the X-1 reached its highest speed and altitude of it’s career. 1,540 kilometres per hour, Mach 1.45, at an altitude of 21,900 metres, still with Capt. Chuck at the controls.(3)

As some of you know, the Nobel Peace Prize winners are announced today. Last year, the prize went to the Tunisian National Dialogue Quartet, a group lauded for helping their country’s transition to 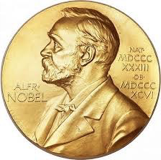 democracy. This year has a record 376 candidates, 228 of which are individual, and the remaining 148 are Organisations (4). Since 1905, when the Nobel Peace Prize began, there have been 96 winners. The Average age of these winners is 62, though Malala Yousafzai was 17 when she won the prize in 2014 (5). Interestingly, one person named Le Duc Tho, declined the prize, and 3 Prize winners have been in police custody whilst receiving the prize.(6)

On Wednesday, October 14, 1964, Martin Luther King Jr. won the Nobel Peace Prize for his part in peaceful protest against racial inequity in the United States Of America. Additionally, on October 14 1994, Shimon Peres (Israel’s Minister of Foreign Affairs at the time), Palestinian leader Yasser Arafat, and Yitzhak Rabin (Israel’s Prime Minister at the time), received one of 3 exclusive Nobel Peace Prizes in history to be shared by three people. They received this prize for their 1993 establishment of the Oslo Accords, which lead to efforts for peace in the middle east, and setting the framework of the future Palestinian Self Government. These decisions were done in Oslo during a secret conference in the winter of 1993, hence their name. (7)