It might be quite embarrassing to say but since we are humans, we go to toilet everyday. (If you don’t, that might be problematic?) It’s natural physiological phenomenon, and it’s also natural to go to toilet which is a bathroom fixture consisting of a bowl, usually with a detachable, 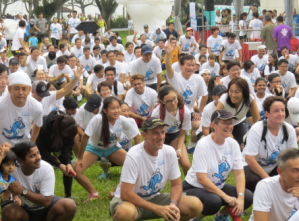 And you might consider that toilet is clean without doubt. But according to World Toilet Organization (WTO), about a ⅓ of the world’s population, 2.4 billion people in the world do not have access to proper sanitation.

From 8 am to 12 noon, several ISS students gave their time to run the Urgent Run on Saturday, 05 November 2016.

At East Coast Park, participants gathered to draw attention to the urgent call for action to end the sanitary crisis, and support clean and working toilets worldwide for the third of the world’s population who do not have accessibility to clean, safe toilets. Celebrating the World Toilet Day which was on 19th of November, the ‘Urgent Run 2016’ has been held at East Coast Park. The Urgent Run 2016 is a global mobilization event to draw attention to the urgent calls for action to end the sanitation crisis, held annually by the World Toilet Organization. WTO is a global non-profit organization that was founded on 19 November 2001 to bring together communities around the world for a run or walk for sanitation. And the aim of WTO was to make the world with more clean and safe toilet at and sanitation for everyone, everywhere, at all times. 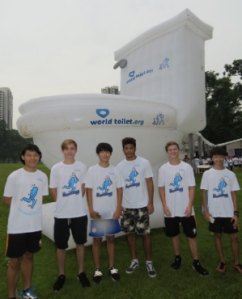 There are people who might be wondering what’s the connection between a ‘toilet’ and the a healthy, safe world. Somebody might think it’s silly. However, there is a direct relationship between them.

Sanitation is a basic human right. (Quotes from the Urgent Run 2016 site). According to WHO, 2.4 million people live their life without any improved sanitation at all. One out of ten people has no option other than defecate in the open location because they don’t have any proper toilets that they can use. So it relates to prolonged exposure to unhygienic conditions weakens a child’s immune system, stunts growth, and can cause malnutrition and diarrhoea-related diseases.

Facts from the United Nations: